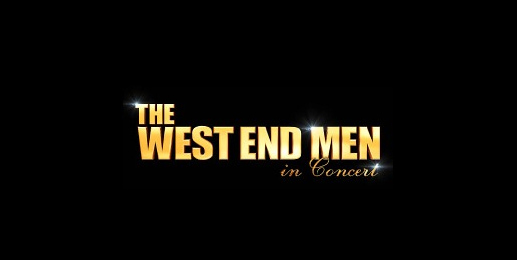 Lee Mead (Wicked, Legally Blonde, BBC Series Winner of Any Dream Will Do) will be joined by special guest star Kerry Ellis (Wicked, Oliver, We Will Rock You, Born Free Tour with Brian May) in The West End Men, running at the Vaudeville Theatre from 25 May until 22 June, with press night on 3 June 2013. The West End Men is directed by the award winning Mitch Sebastian (The Rat Pack Live from Las Vegas) and produced by Milton Morrissey Ltd, Jason Haigh Ellery and in association with Paul Tyrer & Jamie Clark for The Booking Office. Further casting will be announced shortly.

The West End Men features songs from the West End, Broadway and Beyond in breath-taking theatrical style, backed by a full live band and choir.

This intimate production, which runs for four weeks only at the Vaudeville Theatre, promises to take you on a journey to the very heart of the West End and its leading men.

Lee Mead is well known as the winner of the BBC series Any Dream Will Do that led to him playing the role of Joseph from July 2007 to June 2008. He then released the songs Any Dream Will Do and Close Every Door. In 2008 Lee performed All I Ask Of You in Hyde Park to celebrate Andrew Lloyd Webber’s 60th Birthday celebrations. During the following year, he joined a host of singers at Abbey Road Studios to record All You Need Is Love in support Children in Need. Lee returned to the stage playing the title role in the national tour of Lord Arthur Savile’s Crime, adapted by Trevor Baxter as a Victorian comic melodrama, from the short story by Oscar Wilde and then played the role of Fiyero in the West End musical Wicked. He also spent three months in the West End starring in Legally Blonde. Lee has also toured with his own showAn Evening with Lee Mead around the UK and last year toured with his band for two months, before releasing a new album in February 2012.

Kerry Ellisoriginated the role of Meat, in Queen's We Will Rock You and was the first British Elphaba in the West End smash, Wicked, for which Kerry won the 2008 Whatsonstage.com Award for 'Best Takeover in a Role'. She then immediately transferred to Broadway and played Elphaba at the Gershwin Theater for 6 months, where she won the Broadway.com Audience Award for Favourite Female Breakthrough Performance, before returning to London for another 6 month stint in 2009. Her many other leading role credits include Nancy in Oliver! at the London Palladium, Eliza Doolittle in My Fair Lady, Ellen in Miss Saigon and Fantine in Les Miserables. Kerry's first major CD release was Wicked in Rock, which is still in the Dress Circle's bestseller list. Wicked in Rock was a collaboration with long-time friend and Queen guitarist, Brian May. This led to her being signed to Universal as a solo recording artist and her debut album Anthems was released in 2010 on Decca Records. The success of the album, which reached No.15 in the UK album chart, and No.10 in the UK pop club charts (for Defying Gravity), led to a major tour of Anthems: The Concert throughout 2011, which kicked off at the Royal Albert Hall. She has performed internationally promoting the album, including performances at the Royal Variety Performance, at the Olivier Awards, duetting with Barry Manilow on BBC Television and Radio, at G.A.Y, on Loose Women, Alan Titchmarsh Show, BBC Breakfast, at the Henley Festival alongside John Barrowman, the Queen's Jubilee Concert at Buckingham Palace and An Audience With Kerry Ellis at the Shaw Theatre. Other performances include playing Svetlana to critical acclaim in Chess at the Royal Albert Hall opposite Idina Menzel and Josh Groban, Thank You For The Music - the BBC Radio 2 ABBA concert in Hyde Park, Night of 1000 Voices, The Festival of Remembrance (both Royal Albert Hall) and she headlined the BBC Proms in the Park 2010. Kerry also recorded Somebody to Love, which features on the best-selling Only Men Aloud album Band of Brothers, Come What May with Alfie Boe on his album Bring Him Home and Wind Beneath My Wings with the Central Band of the RAF on their top ten album Reach For The Skies.

Kerry recorded her very own Friday Night is Music special for BBC Radio 2, after guesting on Desert Island discs for many years. Last year she performed her one-woman show On the Edge at the Hippodrome for a week residency. Kerry was also in the award winning film Les Miserables and starred the arena tour of Jeff Wayne’s War of the Worlds alongside Jason Donovan and Ricky Wilson of the Kaiser Chiefs.

Mitch Sebastian most recently directed a revival of Christmas With The Ratpack at the Wyndham’s Theatre and Stephen Schwartz’s, Pippin at the Menier Chocolate Factory. Mitch began his career as a performer, with stage credits including Cabaret, Children of Eden, Follies, Starlight Express, Cats, Pacific Overtures, The Who’s Tommy and Les Miserables. He later became a choreographer gaining international success with World Concert tours and musicals. He was movement director for the Sir Peter Hall Company at the Old Vic Theatre and staged large-scale events at the Royal Festival Hall for London Philharmonic Orchestra under Kurt Masur. In 2004 he was nominated for an Olivier Award and WhatsOnStage Award for writing and directing the West End hit show, Ratpack. He went on to direct the film for American television and productions continue to play worldwide.

Previously he directed and choreographed the Olivier Awards ceremony and won a BAFTA Award as part of the creative team behind the children’s animation series, Yoko Jakamoto Toto. In 2007 he opened Kilworth House Theatre where he has directed many musicals over the last six years. He has also directed large-scale arena productions of Chicago, Evita and Fame.