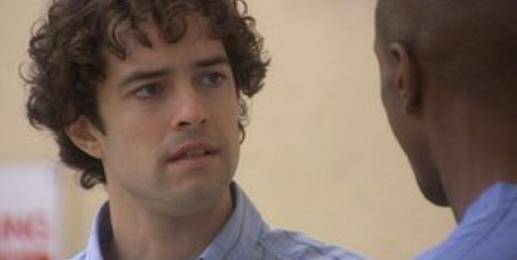 ‘West End star Lee Mead is to join the cast of the BBC One medical drama Casualty. It will be the first full time on-screen role for the winner of BBC singing competition Any Dream Will Do.

Mead said he was "thrilled" to be joining the show and "can't wait to get started and learn all of the medical jargon". He made his TV acting debut in one episode of Casualty in 2011, which he said he "really enjoyed". But the actor and singer said this would be "a completely different challenge". Playing a character called Lofty - a "popular nurse with a less-than-ordinary background" - Mead said he "didn't imagine" he would "be in the frame to play him".

"I am hoping he will charm audiences and they will get behind him."

Casualty executive producer Oliver Kent said while the character was being developed, they "couldn't think of anyone else to better to play him".

"With a very different background to most of the other nurses, his clumsy charm is sure to win everyone over," he said.

Mead will first appear on screen in March 2014’.

Above Image: In his first appearance on Casualty Mead played a teaching assistant who visited the hospital