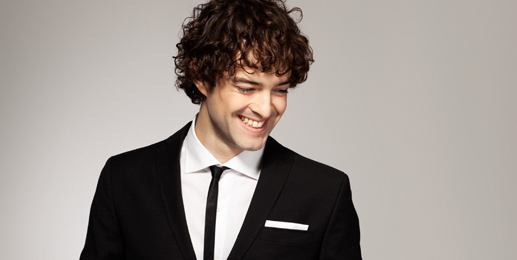 Lee Mead to perform in Southend in national tour

He's always a popular face in the town so Lee Mead's Southend fans will be glad to hear that he's announced a new tour which will see him perform at his hometown venue the Cliffs Pavilion on Valentine's Day.

The Westcliff lad leapt to fame when he won the BBC's Any Dream Will Do, but was already a familiar face here in Essex having appeared in am-dram and theatre school productions since he was a youngster.

He quickly made his name playing Joseph before establishing himself as a leading West End performer, going on to play Fiyero in Wicked and most recently Emmett in Legally Blonde.

Although he's a bona fide celeb these days with legions of fans up and down the country, Lee's always kept his feet on the ground – and even married the girl (almost) next door, Basildon-born Denise Van Outen, with whom he has a daughter, Betsy.

He'll be taking to the road for the Love Tour, to accompany his new album, and he'll be performing a series of love songs as well as hits from the record – plus he'll recreate some of his most famous moments from Joseph and the Amazing Technicolor Dreamcoat.

He'll be accompanied by his live band as well as fellow West End star Louise Dearman, who's recently had lead roles in Evita, Guys and Dolls and Wicked.