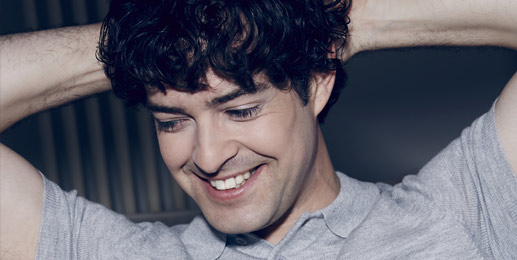 Lee Mead is returning to The Pheasantry – a venue he loves and which has become one of his favourite places to perform. Join Lee on Friday 9th August, Saturday 10th August and Sunday 11th August at 7.30pm. His previous show ‘Up Front and Centre’ was filled with songs he grew up with and has loved for many years. This time, Lee returns to the theme with more new songs he could not fit into the last shows because there was so much material and not enough time! He is very much looking forward to performing for you again in this intimate, prestigious venue in Chelsea. Lee’s shows do sell out quickly so book for the next instalment, it’s ‘Up Front and Centre Again’ as soon as you possibly can!

Lee Mead shot to fame after winning the coveted role of ‘Joseph’ on the TV programme ‘Any Dream will Do’ in June 2007. Since his incredibly successful run in ‘Joseph and the Technicolor Dreamcoat’ at the Adelphi Theatre in London’s West End, Lee has starred in ’Wicked’, ‘Legally Blonde’, and ‘Chitty Chitty Bang Bang’ as well as frequently touring, releasing albums, performing in panto and appearing on our TV screens. Lee is currently to be seen in ‘Holby City’ on BBC1 where his character, Nurse ‘Lofty’ Ben Chiltern, has been hugely successful both in ‘Casualty’ and now in ‘Holby City’.

‘Up Front and Centre’ was an original idea by Lee to bring to his London audiences. The first shows contained songs Lee grew up with and has always loved, but never had the opportunity to perform. There was so much more material that Lee could not fit in, so he is back at one of his favourite venues, The Pheasantry, in August, along with his excellent musicians, to perform these extra songs for his many fans. You can expect to hear ‘Happiness Is Me And You’ by Gilbert O’Sullivan; ‘A Different Corner’ by George Michael; ‘This Is The Moment’ from Jekyll and Hyde The Musical; ‘Some Of Us Belong To The Stars’ from Billy Liar, the Musical and ‘Make You Feel My Love’ by Bob Dylan. Lee will also sing a couple of new songs he has recently written in collaboration with his Musical Director, Adam Dennis.

Come and join Lee and his band at The Pheasantry for a great evening’s entertainment – book early to avoid disappointment!