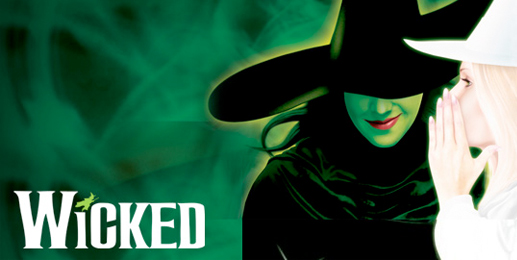 It was recently announced that Gina Beck and Matt Willis will join the cast from 12 December 2011 taking over the roles of Glinda and Fiyero.

The Broadway musical, which opened in London on 27 September 2006 (previews from 6 September), tells the “untold story” of the Witches of Oz - popular blonde Glinda, aka the Good Witch of the North, and her spin-victim friend Elphaba – who were both immortalised in the 1939 film classic The Wizard of Oz.

The show has a book by Winnie Holtzman, based on Gregory Maguire’s novel Wicked: The Life and Times of the Wicked Witch of the West, with music and lyrics by Stephen Schwartz. It’s directed by Joe Mantello.